The Dangers of Nuclear Energy 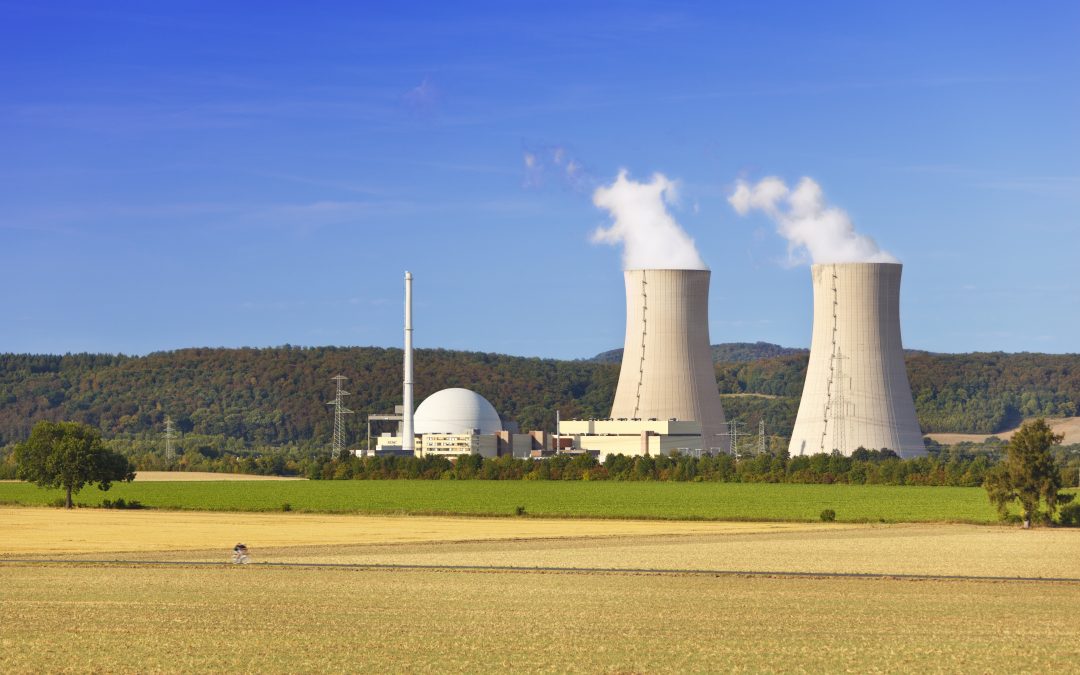 Many years ago at the start of my first career, I was employed by General Electric Company and graduated from the Financial Management Training Program there in Schenctady, New York. GE at the time was probably the largest manufacturer of power generators for the utility industry and they had a huge backlog of orders for both fossil and nuclear power generators. The Supervisor of the management program was so proud when he showed me what was the largest manufacturing plant in the world at the time where parts for the generators were transported to be machined and prepared for assembly on site. It was an education for me about some of the elements of electric power generation. Today, very many electric utility generating plants exist, both fossil and nuclear, in probably every country on planet earth.

It occurs to me that, as the world tries to eliminate all use of fossil fuels for power generation worldwide, a great deal of additional electric power will be required.  Where will it come from? We are being told that we will be using renewable energy sources. It will be coming from the sun and wind. I’m sure some of it will, even though these sources of power appear to me to be more expensive than very readily available fossil fuels which are still in abundance for the time being. But even just in the United States alone, I do not see how we can provide for the electrification of all our power usage, including transportation, using just solar and wind alone. Even if we cover every acre of farmland, forests and state parks with solar panels, will it provide the power needed reliably for all our homes, appliances, business needs, commercial transportation and the millions and millions of cars on the roads?  Wind power will help but it is even less reliable than sun.  And, if we do this, where will our food come from?

Nuclear energy is also considered to be a cleaner provider of electric power than fossil fuels.  It is my belief that the powers to be want much more of our power to be provided by nuclear power plants. We may have to build thousands of them around the world to satisfy electric power requirements. We have experience with nuclear power as there are already many operating in many countries. But there have been failures. I remember serious meltdowns in Pennsylvania, Ukraine when it was part of the USSR and in Japan. These were serious nuclear accidents which threatened the lives of many people. Nuclear power is very dangerous.  Since my working experience with General Electric, which is now long out of that business, I have often wondered how we came to be so receptive of nuclear power generation.  When I worked in that business, I learned that nuclear generators create nuclear waste which gets stored in the earth’s crust and may take hundreds of years to neutralize. When last I read, nuclear waste in the United States is being transported to and is being stored in the Nevada desert. Will we be creating a huge amount of very dangerous radiation material and storing it in various places in the earth’s crust everywhere in the world.

I recently read that Germany and perhaps other countries in Europe were trying to phase out the use of nuclear power. In my mind, this is a very worthwhile goal.  But they have been unable to replace it with solar and wind. Europe does not have its own supply of fossil fuels and must import what it needs. Here in the United States, however, we are lucky enough to have vast quantities of both oil and natural gas, which burns cleaner than oil or coal. Nevertheless, the current administration has severely limited the production of these fuels in an attempt to force a changeover to sun and wind too quickly. The result has been that the price of oil and natural gas has doubled over the past year or so and contributed substantially to rising inflation while putting many people out of very good paying jobs in those industries.

I am not saying that it is not worthwhile to change over to renewable energy sources to the extent that it makes sense to do so. Homes and businesses can be converted to more use of solar and wind in inexpensive and practical ways to some extent. Electric batteries that have the capability to store energy produced by sunlight are helping. Electric cars, however less useful and more expensive so far, are already on the road. But it is my opinion that it makes no sense to try to force this changeover to happen more quickly than possible at a cost of disrupting the lives of millions and millions and putting so many others out of work. If given a chance, our great economy will make this changeover happen automatically. As more practical forms of power become less expensive and others rise in cost, the changeover will occur. And we can spend our energy in research efforts to improve alternative energy sources. We are blessed with a truly great economy that has the capability to improve the lives of so many worldwide in so many ways, but our administration always seems to choose to interfere. The result of that interference is always negative and extremely disruptive. And governments should not be imposing this increase in nuclear power on the planet.