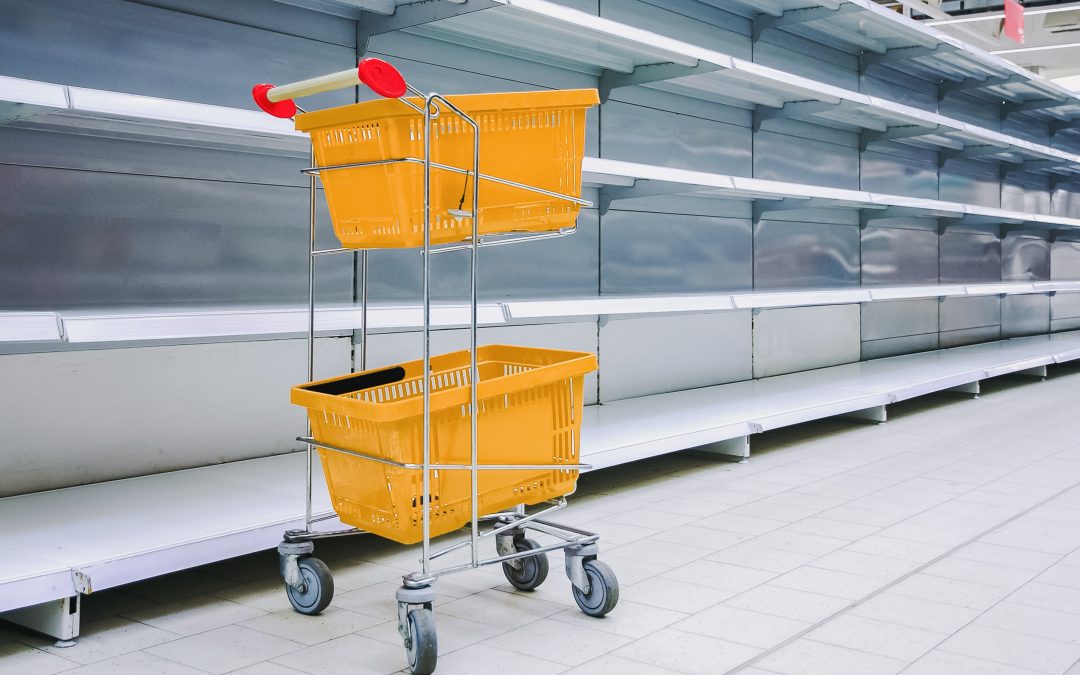 It is my belief that the impact of trade policy on the lives of everyday working people is not well enough understood and more should be printed about it.  The content of this article is mentioned briefly in my new book titled “Past Present and Future of Planet Earth” which is available at Barnes and Noble and will be on Amazon in paperback and e-book.

There is a great deal of discussion today about shortages in supply of goods and the increases in inflation that it is causing.  Prices are rising for everything we need and buy every day and more and more we are seeing empty shelves in supermarkets and department stores. Much of the blame is placed on the supply chain and lack of capability to get product on shore from overseas manufacturers and economic shutdowns due to the Covid-19 virus. We could argue all day about whether the virus necessitated worldwide economic shutdown. It was and is not much worse than a flu in my opinion but, the fact of the matter is that many countries did shut down their economies and are attempting to enforce other drastic measures. What I have not read a single article about is how we got to this point in the first place. How did we come to be so dependent on other countries for everything  we eat, drink, wear and use?

I was born in 1939. After World War II as a young man, I remember that the United States had developed incredible manufacturing and agricultural capability and every country in the world wanted to buy American made products. Our suppliers in America were capable of producing everything we needed here and what was sent overseas but was stretched to do so. But supply and demand remained in balance, capital was available, and inflation remained tame. Exports exceeded imports and we had a favorable trade balance.  America was fulfilling its promise of becoming the greatest nation and economy in the world and prosperity resulted.

But we raised a new generation of Americans who were seemingly unhappy with these conditions. We became convinced that our great system of democracy and capitalism was leaving too many people behind while making a few rich and that it was therefore unfair. Even though I remember that almost everyone was getting much better off than they were before and a great deal of wealth was being accumulated by very many, the perception persisted. So Lynden Johnson created his Great America welfare system. I remember that he convinced Congress to allow him to borrow all the money out of the social security trust fund and gave it to the poorest people and others in the country.  His welfare system, of course, became permanent and has expanded over time.  The policy was certainly well intentioned, but not much attention was paid to the problems it caused. The supply chain in America was already stretched. The increase in demand for products that his giveaways caused was not able to be met and resulted in a very substantial inflation.  It is likely everyone my age remembers the inflation of the 1070s. Cars were increasing ten percent each year and home mortgage interest rates exceeded ten percent. Labor unions got stronger and wages followed suit. The price of everything went up substantially. By 1980, manufacturers in this country had already started to outsource the production of goods to foreign countries. In addition to costs of production and labor costs, the government created equal opportunity rules which directed manufacturers to hire according to quotas which made manufacturing in the United States even more difficult. These changes in government policy made trade so much more important a consideration in the economic policy of this and other countries.Taxes on the supply side were also being raised and entire companies were considering to move to other countries with lower tax rates. At this point in time, however, supply shortages did not as yet seem to result from these changes in government policy but substantial inflation and much higher interest rates did.

During the Clinton Administration, however, the United States once again changed trade policy opening up greater importation of goods from China, India, Canada and Mexico. Once again, this change was well intentioned and sold as a program that would benefit all Americans.  American corporations would now become much more international and be able to sell products in very large markets not previously available to them. The reverse actually happened. Everything we eat, wear and use every day began to be made overseas so that, today, almost all of America’s supply chain is overseas. It is my belief that this is the primary cause of our supply chain problem as well as the inflation we are experiencing. America cannot remain at the mercy of foreign countries to supply everything we need and use. We must rebuild supply in the United States. You may remember that, when Barack Obama shut down a substantial portion of oil production in the United States and we became more dependent on foreign oil, the price of a barrel of oil went up to $140 and gasoline was $4.50 a gallon.

Overdependence on supply from other countries is not the only thing that resulted from America’s changes in trade policy over the decades. America has had trade deficits because imports have exceeded exports in our country now probably since the 1970s.  Allow me to offer a new definition of a trade deficit. A trade deficit is actually a transfer of wealth from the middle class of the United States to the middle class of other countries which have positive trade balances with us. This happens because we are creating jobs and transferring jobs that should be in the United States to foreign countries where all goods are now produced. They are all good paying jobs.  Some would argue that we have full employment in the United States and do not need any more jobs. In fact, we need more employees.  The truth is exactly the opposite. When I was young, workforce participation, which is the percentage of men of working age working in the country, was 88%. Today, it is less than 62%. That would mean that there are well over 30 million men in the United States that are not working and are not counted in the unemployment ranks. In my opinion, there is substantial evidence that US governments, at all levels, have become too large to be supported by the domestic economy. The governments have become so much larger and the domestic economy, adjusted for inflation, has become smaller.  Since the year 2000, the federal government continues to borrow money and give it to people to spend where it is counted in GNP to show growth in demand.  If you remove the trillions that the government borrowed in the last 20 years, the true American domestic economy has become a lot smaller. I refer to this as negative government intervention in the US economy which has been the cause over the years of substantial inflation and stagnation. It would not surprise me to learn that many other western nations have been doing the same thing for many years.

In my book, I state clearly that the most important aspect of the trade policy of every country is that everything that we use which is possible to be produced in our own country should be produced domestically regardless of differences in cost of production that might exist. This is important for a number of reasons. To begin with, the best paying and most important jobs in our country are and will always be in production of goods here. We have to support our families. We need control over the quality of the products that we use and it is difficult to control quality of products made elsewhere. Innovative designs and inventions created here are given over to our foreign suppliers, some of whom, like China specifically will be future enemies. If military supplies are made overseas, we are not only giving away important trade secrets, but also becoming dependent on other nations for defense.  And, in fact, has all of this production of everything we use every day overseas not also resulted in the fact that we have unnecessary shortages with resulting inflation. Will there be Christmas for children this year and will everyone be able to afford it? We MUST bring production of products we use every day back to the farms and factories here in the United States.