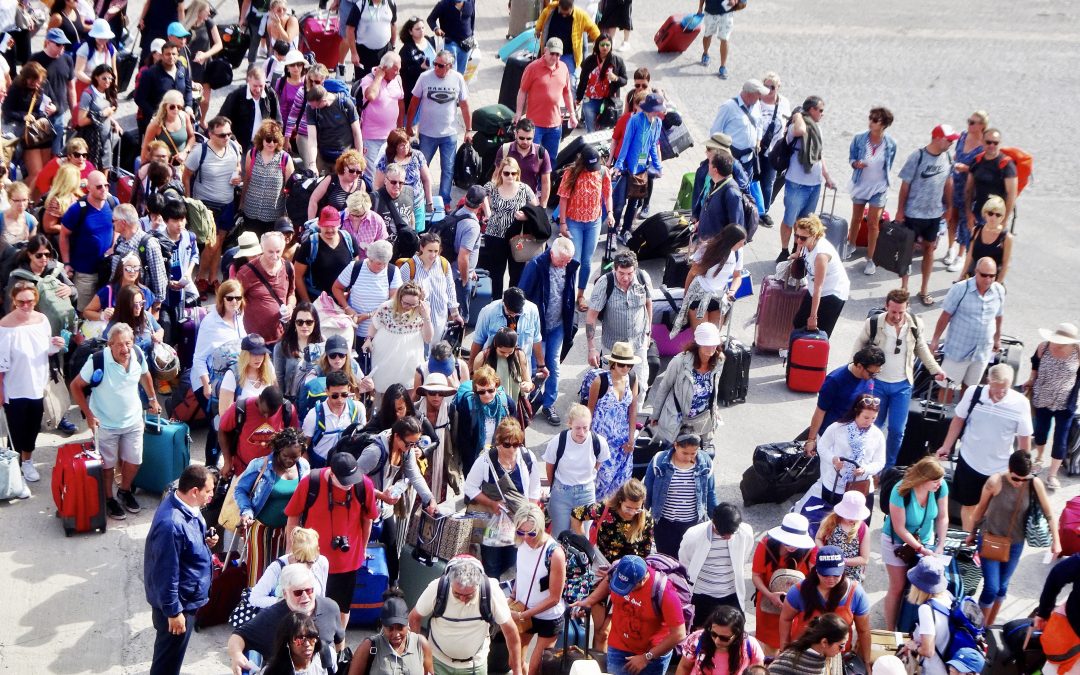 I remember that, when I was a child, regardless of educational background, we all seemed to come to know that God created Planet Earth and later created mankind and instructed us to “increase and multiply and fill the earth”. Well, perhaps He did not mean up to nearly eight billion people. It is very difficult to know how long intelligent life has been in existence on earth, but I recently read that some scientist estimated it to be about six thousand years. It is difficult to understand how, despite so many wars which killed so many people, despite famines, plagues and so many tragic calamities that have occurred on the planet, that the population could have reached this level. After all, centuries ago, life was not as comfortable as it is in so many countries today. It was more likely a struggle to survive.

Today, we have the New World Order. The New World Order has been in existence since 1947 when, after World War II, rich and powerful people came to believe that, in order to eliminate future wars that would take place when another Hitler or Napoleon came along to take control of other lands by force, we would have a peaceful coexistence of countries under the influence of the United Nations which was formed at that time. I’m sure that it was their original intention that this would all happen very peacefully and with agreement of all parties. Surely, everyone would agree that this was in the interest of all nations. Unfortunately, it was not so then and it is still not so now. Even now, it does not appear, in my opinion, that the world is anywhere near agreement to globalize. I think that the powers to be have finally come to the conclusion that it is not going to happen unless they force it to occur. There are still too many despots who run their nations like kingdoms and do not want to be part of any world congregation. There are too many disagreements on how government should rule…Democracy, Communism or a kingdom ruled with absolute power. People in different nations disagree on how they want to be ruled.  It would be necessary to equalize the economies of different nations so that people everywhere would live similarly under rules already created by the United Nations. Steps are already being taken to transfer wealth from the middle class of western nations in Europe and the United States to other countries. It appears that the only thing that the New World Order is right about is that the planet is overpopulated, and steps need to be taken to reduce the population to some level in which all of mankind left on earth would be able to live in relative comfort. Like Knowledge about the New World Order, which remains a mystery to most of the earth’s population, most of mankind does not realize that the planet is overcrowded, and that the population will continue to grow if the growth is not in some way stunted.

It certainly does appear that God’s mandate to “increase and multiply and fill the earth” has been completed and it is time for some new mandate. Our powerful lords and masters seem to have come to this realization and have begun to take steps to control population. Unfortunately, these powerful people seem to want these very dramatic changes to take place immediately. They want to see fossil fuels eliminated from use on earth, but they want it to happen tomorrow despite the incredible cost which the nations of the earth cannot afford and which will dramatically change the lives of everyone on earth for the worse. They have no intention of asking us if we agree or even if we think it is necessary. Most of mankind would agree that killing people to reduce the population and produce a better place for the rest of us to live would be wrong.  I do not think that our lords and masters agree.

Reduction in population of the planet can certainly be achieved. And it certainly can be achieved in a reasonable and legal long-term way. But I do not believe that would satisfy the New World Order. They are taking steps right now, in my opinion, to reduce the number of people on earth. I believe they are creating a World Health Organization to take control over the health of the entire planet under the auspices of improving the health of everyone. Instead, I have read that the leaders of health organizations are creating hundreds of biology laboratories around the planet that are being used to create viruses that will be spread worldwide. The first was covid which I believe, as most people do, was created in a laboratory. Then injections are created for the purpose of prevention. These are not technically vaccinations and there appears to be evidence that they are not very effective in preventing the virus. But there is also evidence that people who receive the vaccinations die of other afflictions. None of this is absolutely proven, of course but, if it is true, we are murdering people to reduce the population.

For a long time in most countries, we grew up with the belief that the primary goal in our lives was to get married and have a family. Mankind would continue on our planet in an orderly fashion. It has already been tried in China and other places to control population growth by encouraging people to have only one or maximum two children. That did not work well. Population continued to grow. For a long time, we have encouraged terminations of pregnancy, especially in poorer nations. In these nations especially, populations continue to grow. There are some who believe that we should allow mothers to decide to have their children aborted after birth if they feel they cannot raise them properly. At some point in childbirth and certainly after birth, of course, all of this is murder. It appears that none of this has reduced the population. It is only recently since the introduction of the first virus, that the population has been slightly reduced.

Recently, major changes in education are occurring and are being encouraged. We are beginning to teach our children that gender is not a fact, but a choice.  I recently read an article in which the author stated that he believed that there are not two, but seven or eight genders. We are teaching children now as young as three and four years old that they can choose what gender they want to be regardless of whether they were born a boy or a girl. In my opinion of course, this is totally stupid, and I do not believe that practically anyone on earth wants their children to learn this, but our lords and masters have taken control of our educational system.

The family life that I grew up with in the 1950s is, of course, totally gone. The whole idea of a husband and wife living in the same household with their own children is practically nonexistent today. And the idea that everyone should get married and have children when they grow up is certainly obsolete. But what they want to teach our children in school today to achieve population reduction is total nonsense. I do believe that we are all born with a number of innate different sexual orientations. More men than we think are born with an innate sexual attraction for and a desire for a relationship with another man. It is in their DNA. They should not be chastised for their tendencies and required to marry and have children. The same is true of more women than we think. They should not be required to deny their tendencies. These relationships of men with men and women with women are not marriages. A marriage is a relationship of a man with a woman for the purpose of having and raising children to be responsible adults. Nevertheless, we should recognize relationships of men with men and women with women as being normal.  This proper understanding of the way we all are truly created would go a long way toward reducing our overpopulated planet in the long run. It just may not happen as quickly as we would like.

We have long recognized birth control as a method of preventing our children from getting pregnant while they are too young and unable to raise a child. Birth control measures should continue to be encouraged and should be recognized by all religions as a means of maintaining stable worldwide population. Prosperous nations that have adopted and encouraged birth control measures have been experiencing reductions in their native populations. The populations of these countries only keep growing because they are allowing legal and illegal immigration.

Methods of controlling population growth that are reasonable and legal do exist and they will work. We may not see the dramatic and immediate reduction in population that we would like, but it will happen. We should not insist on reducing the number of people on earth rapidly by control over health and by confusing our children with phony education that is unnecessary. If our world leaders insist on proceeding in their current manner, they may one day be defending themselves against charges of crimes against humanity. It would be totally unnecessary because population reduction can be achieved without harming anyone.