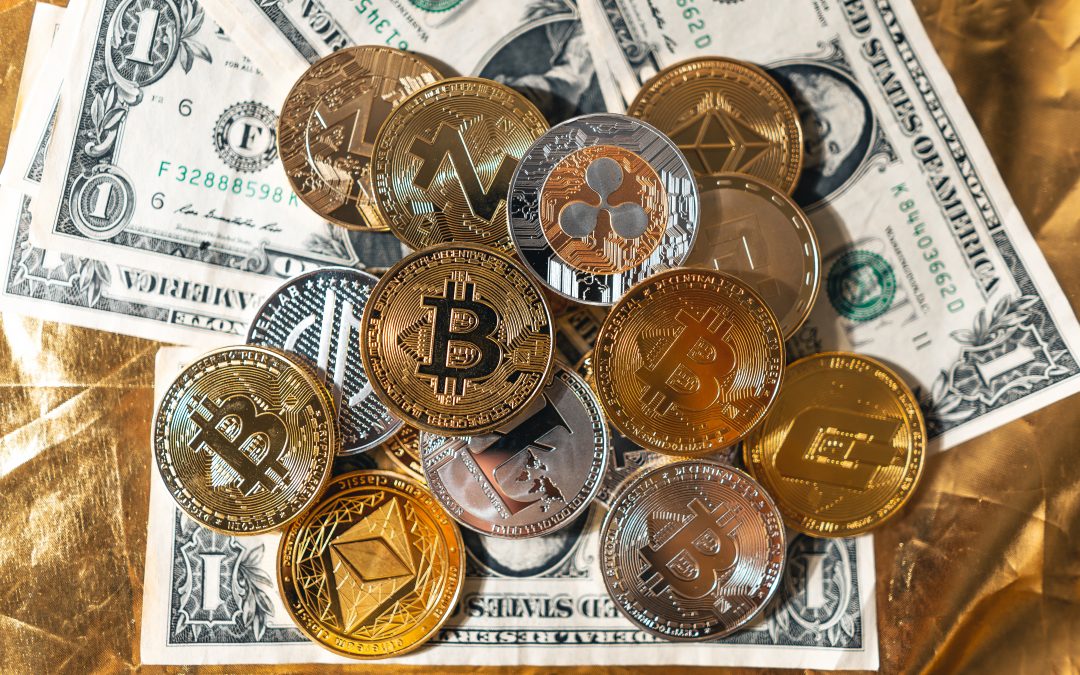 Substantial changes are taking place in the investment landscape worldwide.  Purchases of cryptocurrencies, which seemingly began on a small scale by mostly retail investors, appear to be becoming more acceptable in fact to larger more influential investors and even some funds controlled by large investment firms. It is easy to understand how the initial substantial increase in value of certain types of cryptocurrencies would entice new investors as a way to get rich quick. Early acceptance has also inspired some fund managers to create trading vehicles to allow these new currencies to be bought and sold more easily.

In addition to cryptocurrencies, very smart game creators see game players as a new source of revenue. They are creating a metaverse in which game players can buy uniforms, clothing, tools, weapons, land and other things in an imaginary universe using, of course, real money. The purchasers of these imaginary properties and things are also hoping that others will come along later to pay even higher prices for the things they own in the metaverse.

Both cryptocurrencies and the metaverse are offered as totally new and improved ideas for investment in the future. Many believe that these will be the most accepted investments in the future and will replace many of today’s old fashioned investment vehicles. We need to look at the impact of these new ideas.

Perhaps we should take a new look at how we should see the intrinsic value of all the types of investments available to us in the new environment we face today and in the future.

– Maintaining cash is always an option. But increasing inflation is eroding the value of the US dollar as well as many other currencies around the world, some much worse than others.

– Gold and silver have long been considered the best hedge against inflation and the value of these commodities have normally risen during times of inflation.  This time, however, investors have begun to choose cryptocurrencies as an optional inflation hedge.

– Federal government bonds have long been considered the safest investment because lending money to the government carries the full faith and credit of the government to pay the loan. In recent years, interest paid on govt bonds has been extremely low. It is my opinion that worldwide govt debt has grown to the point that I do not believe any government on the planet has the capability to pay it back. In fact, it is my opinion that there is no govt that ever intends to pay any of its debt back and, in fact, they all intend to continue to borrow more and more. To me, govt debt has become the worst investment on planet earth.

– Bonds of the states and bonds and preferred stocks of utilities offer higher rates of interest return than federal government bonds. Most utilities and some states are creditworthy and are still relatively safe investments. Some states are not.

– Corporate bonds represent the debt of corporations. Some have excellent balance sheets and their debt offers relative safety and a decent return.

– Investors buy and sell shares of stock of corporations on a large scale.  New companies are constantly being formed and others are constantly failing, and the direction of worldwide economies keeps changing. The fortunes of corporations rise and fall accordingly, but the general direction of the stock market over long periods of time has been positive and wealth has been created for many. The stock market is still considered a good place to invest for long term gains.

Up to this point, we have looked at investments that have some apparent intrinsic value. Gold and silver have recognized value as commodities. Federal govt bonds are backed by the government with a promise to pay. The US dollar and other currencies have the support of their governments, and the US dollar is still considered to be the safest currency for the determination of value of goods and services worldwide. Corporate bonds are corporate promises to pay. Many corporations could pay their entire debt tomorrow if they chose to. Shares of stock represent partial ownership of companies that own property and produce goods and services to create revenue.

Some very smart people have now created cryptocurrencies which, in my view, appear to have no apparent inherent value or backing. A crypto coin is an entry on someone’s computer. We do not even know whose computer it is. It appears that anyone, who can get people to trust him, can create a crypto coin, collect your real dollars and make an entry on his computer. He can charge you fees for this.  In fact, other people are creating web sites on which transactions can be made and they charge fees also. It is difficult for me to accept that paying good money for an entry on some unidentified person’s computer can turn out to be safe. In Canada, one of the largest traders of cryptocurrencies transferred hundreds of millions stored on his computer to his own accounts, faked his own death and thousands lost their entire savings which are not guaranteed by anyone. It is true that, when we deposit our money in the bank, we are also turning our cash into a computer entry. But the bank is holding it for us. There is government regulation and partial government guarantees. Some are coming to believe that government backed cryptocurrencies will someday replace the currencies of all countries on our planet.  That would improve the safety and reduce the volatility of them but, in my opinion, it is a very bad idea. I believe this will only happen if the currencies of all countries fail which, I also believe, will coincide with worldwide economic failure. Such worldwide economic catastrophe could result in 1000 years of Dark Ages, similar to the Dark Ages that came after the fall of the Holy Roman Empire. It is also my opinion that such total control over all money supply in the hands of government which would be able to see every transaction would result in too much government control over our daily lives.

Very smart major corporations and individuals are also creating an imaginary metaverse. Many gamers already play in these imaginary game universes in which we will now be allowed to actually buy clothing, tools, weapons and property using, of course, actual cash money. They are doing this, of course, because they believe that some other gamer will eventually come along and pay a higher price in actual money for what they bought. We are once again being asked to pay actual currency for an entry on someone’s computer. Presumably, the creator of the game gets to keep the purchase price. You cannot sell the property back to the computer and get your money back. I’m sorry, but I fail to see the actual value.

There is another very important point related to these investment issues that should be noted These are all investment dollars. The entire worldwide economic system is based upon the system of capitalism which is subject to the laws of supply and demand. Demand for goods and services exists regardless of if there is any supply or not. The ability to produce necessary goods and services for the supply side of our economy relies upon the availability of capital. It appears that we are drifting further and further away from the idea of using our available capital to produce goods and services needed in our economy. Instead, we are using more and more capital to buy imaginary things in a metaverse or lend it to the government to give away to people which increases demand for goods and services we are no longer producing. In addition to this insane misappropriation of capital, we have also outsourced most of our supply to foreign countries which has apparently increased our shortages of needed goods due to their inability to supply the needs of US citizens. Of course, we need to start bringing back production of goods to factories in the US to insure availability for the needs of our citizens. But, how should investment funds be invested in this country, not only for the safety of our investments, but also in the best interest of the US economy?

– Gold and silver will continue to have value as commodities, although it may be questionable if they will remain the best inflation hedges in today’s investment environment.

– Stop lending money to federal governments in such vast quantities. They are telling you that they will use it for roads and bridges, but they are in fact using it to devalue the currency and cause inflation that is destructive to the economy.  We would be better off throwing it in the sewer.

– Some states are conservative and utilities provide a valuable service and these can provide a decent rate of return.

– The government can devalue your cash on hand or in the bank but, until they turn it into a digital currency, they cannot take it away from you.

– Bonds of many corporations with good balance sheets can be relatively safe and provide a decent return on your investment. This investment money is also likely to be used to provide capital to produce goods and services we need.

– Stocks of corporations are the major vehicle used in capitalism to provide capital to private companies for the purpose of producing goods and services. It is true that about eighty percent or more of all trades in the stock market every day are made by investment corporations which control most of our investment funds, and they do not always use those funds wisely. This makes it difficult to choose the right investments. It is futile to try to guess what they will favor or sell at any given point in time. They all follow the same flawed rules. We must try to envision what the future direction of the country will be.

In the United States in today’s environment, my recommendation would be to try to find the correct apportionment of cash, conservative state, utility and corporate bonds and preferred stocks and common stocks that fit best in your age and risk category. Gold and silver can also still be used as a traditional investment hedge. Federal government bonds, cryptocurrencies and the metaverse do not fit in any portfolio.