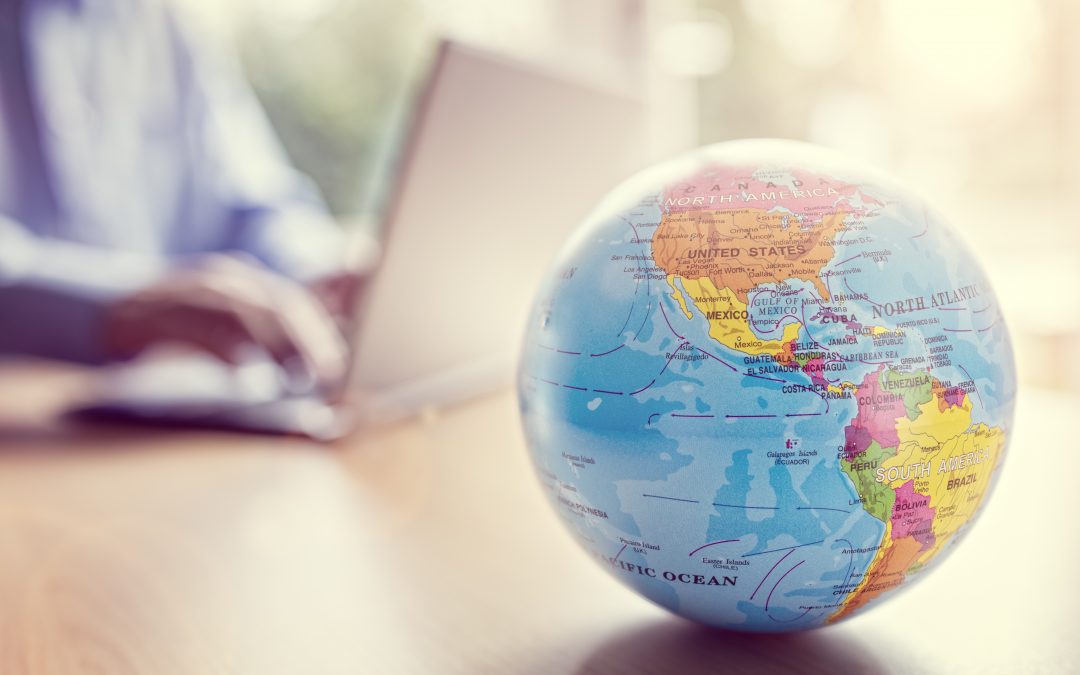 The title of this article is “The New World Order”.  Today, I think that most people everywhere  are coming to realize that an effort to globalize the entire earth is taking place. Perhaps few understand the direction in which it appears to be headed.  Much more needs to be covered in the media on this subject.  Certainly, everyone on the planet wants to know what is being planned for their future.  This subject is mentioned briefly in my book titled “Past Present and Future of Planet Earth” which is available at Barnes and Noble and will be available on Amazon in paperback and e book.

I think the first time I heard anything about the New World Order was in the early 1990s.  Around that time, the United Nations published an edict which mandated that all world leaders should direct communities to build all housing as flats in apartment buildings along rail lines by which residents can travel to work.  There would be much less necessity for automobile travel.  This was a shock to me as it appeared to be an intentional condemnation of the way the American economy was growing.  When I was young, I remember that young people in this country were getting married around 20 years old.  By age 25, they had two kids and were able to buy a house in the suburbs.  It appeared to me that this was America fulfilling it’s promise to build the greatest economy ever known to mankind on planet earth.  I was curious as to why the United Nations should discourage this kind of progress for mankind.  With further research, I learned that there were many powerful and wealthy people on earth, as well as in America, who saw the UN as becoming the ruler of the entire world and that effort had been in existence since shortly after the end of World War II.

Proponents of the New World Order were members of secret societies for many years.  Members of wealthy families and attendees at very prestigious universities were invited to join these secret societies and to become aware of this goal of future world domination.  The New World Order is no longer a secret.  It has come out of the closet, so to speak.  Today, you can go to a Barnes and Noble store and buy a book which will tell you about the globalization effort and name many who are members of organizations which support this lofty goal.  It is reported in some literature, in fact, that many prominent politicians in the United States are members of such groups, including George Bush Sr and Jr, Bill and Hillary Clinton, Barack Obama, Joe Biden and many members of their administrations.  It is intended, of course, that the United Nations, under  the apparent guidance of many powerful voices, will rule the planet.

At first glance, it would certainly appear that all the people of earth living in peace under one rule and with the best interest of everyone at heart would most certainly be a worthy goal.  After all, everyone who knows anything about world history and geography knows that all societies on planet earth have been created through conquest and dominated by military strength.  From the early Egyptians, Greeks, Spartans and the Roman Empire to the later empires built by England, France and Spain and to the efforts of Genghis Khan, Napoleon, Adolph Hitler, the Japanese Empire and the latest efforts of the USSR, America and now the expanding influence of China, domination over people has always been attempted.  And killing people to achieve it has never been a major impediment.  It is truly a sad commentary of world history, but nevertheless true.  Unfortunately, we still have no shortage of wealthy and powerful people who believe that they have the solution to the world’s problems and that they have the right to tell everyone how to live.

It is my opinion, however, that very substantial evidence exists that the globalization of the earth is not possible at the present time.  We need to examine and understand better how intelligent life on earth developed and exists now.  Vast differences in culture have developed in different areas of the world.  In the term culture, I include religion, type of government and social and family life as well as language, dress and customs.  In addition to the domination and  takeover of other people’s territory, people have been killing each other over religion and type of government under which they choose to live for many centuries.  I see no evidence that people feel less strongly about how they live today.

All ethics and morality that exists on earth appears to have come from religions.  Perhaps many governments would like to stamp out religions and get people to believe that only government has the right to tell people how to live and what rules to follow.  I think they fail to understand how deep religious beliefs are.  Jews, all Christians and Islamists all believe and worship the same God.  But the culture of these religions is vastly different in the way the people live.  Jews change the culture of people by infiltration into other societies.  But the wars between Muslims and Christians are legendary.  And there has been substantial conflict between Catholics and Protestants.  Islam has been trying to annihilate Israel and the Jewish religion for centuries.  It has apparently become the practice of the New World Order to open borders and infiltrate Christian territories with Muslims and force people of different faiths to live together hoping peaceful co-existence will result.  Religion is really deep rooted.  It is my belief that Islam is being spread militarily to different nations of the world today also.  I believe that, in the interest of peaceful co-existence, it is necessary to encourage people of different faiths to remain in places where their faith is accepted and practiced until the day arrives when religious leaders come to understand that the differences in their beliefs are minute and inconsequential and that they should perhaps be all attending the same churches.  If history has taught us anything, it is that forced changes in culture will be met with resistance and rebellion.

Throughout history until several centuries ago, societies were ruled by a king, regent or family by military control.  Lords owned and controlled all the land and means of production and were allowed to control their regions as long as they paid tribute to and supported the king.  All of the people were serfs and worked in poverty for the lords.  In more recent times, people rebelled against kingdoms and established methods of government in which they voted for their own leaders hoping to share more equally in the product of their labor.  Democracy and Communism were born.  On planet earth today, there are still nations ruled by tyrants, but there are also democracies and communist countries.  Very different cultures exist in these very different countries.  History has taught us that people will kill each other to maintain their culture or to change the culture and way of life of others.  Since the end of World War II, substantial efforts have been made by communist nations to spread communism to other areas of the world.  Wars have been fought in an attempt to contain this effort.

The powers to be, have apparently decreed that the unification and globalization of the planet should take place under the control of the United Nations.  It is worthy of note that all ten leaders of the UN  in its history thus far have been radical socialists and communists. The socialization that is taking place in practically all democratic nations in the world today gives us further indication that the New World Order intends that the planet should come under communist or some sort of totalitarian control.  If it is the intent that government will maintain control over the people militarily and control ownership of all property and means of production,  then it would appear to be nothing more than a return to the status of the kingdoms that existed nearly five hundred years ago in which the people lived in poverty while the kings and lords prospered.  If the common people on planet earth are to have any means of having a decent living or making any progress toward a better life for themselves through their own effort, then it is essential that democracy and capitalism survive in the New World Order.  The Industrial Revolution, which is responsible for all of the inventions that improved the lives of all humanity did not take place in Russia or China.  It did not take place in Asia, Africa, Australia or Latin America.  It took place in western Europe and the United States which was the birthplace of democracy and capitalism.  It is my contention that, even today, modern invention of every kind is being born in capitalist and democratic nations because that is where opportunity exists for individual betterment.  We must be careful to preserve every opportunity to continue to better the lives of all intelligent life on our planet.  After all, isn’t that what we have come to believe that the role of government is in society today?   Until such time as we are all in agreement on the type of government in which we should all live,  perhaps we should encourage all people to live where their preferred government rule is accepted and exists.  We must remember that forced change in culture will normally meet with resistance and rebellion.  Through continued education and gradual cultural evolution, a New World Order may take place on its own without being forced.  We may just not be here to see it, but we should leave the idea behind us to suggest future direction.